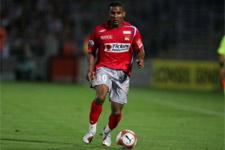 Les Lyonnais won at home for the first time this season and are now undefeated in their opening five games of the season... Juninho got an assist and a goal as OL scored in each half... Check out all the numbers from the match against Troyes, as well as the season so far…
Grégory Coupet and Co took 18 shots at the Troyes goal including seven times in the first half. Five shots were on target, five were blocked and eight were off target. 12 were from outside the penalty area (including the free-kick goal) and six inside, including the the headed opening goal. Juninho 7 shots (including 1 goal), Tiago 2, Carew 2, Cris 2, Wiltord 2, Govou 1, Benzema 1, Kallström 1

Juninho scored his 28th free-kick wearing a Lyon shirt, beating his 24th different goalkeeper with a set piece. It was also his 66th goal for OL, putting him ahead of both Kabongo and Cavéglia (65 goals) in the club's all-time record list.

Troyes shot 11 times at Coupet; 3 times in the first half. 4 shots was on target, 5 were blocked, including one off the crossbar, and 2 off target. 6 shots came from outside the area and 5 from inside.

In terms of ball possession OL finished with 21 minutes and 26 seconds compared to 18:46 for Troyes.

11 yellow cards: Tiago 2, Juninho 2, Cris 2, Malouda, Fred, Cacapa, Berthod, Källström. Tiago, Juninho and Cris will be suspended for one match if they receive another yellow card in the next five games.

Toulalan is the only player to have played all 450 minutes. Benzema, Fred and Kallström have played in all five games..