LFP adds it all up 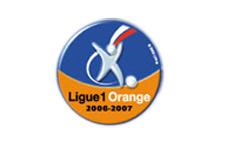 The LFP’s Administrative Council met in Paris on Wednesday and released the final figures of, amongst other things, all the summer transfers and contract negotiations...
The figures show that the professional clubs remained pretty stable over the last 12 months: “432 new professional contracts were signed as opposed to 427 last year.” At Lyon, two players are in that category: Bettiol and Benhamida.

Another revelation: The League’s major players all remained in Ligue 1, drawing special attention to the World Cup finalists who will grace the country’s stades this coming season: Govou, Coupet, Malouda, Abidal, Ribéry, Dhorasoo, Landreau and Givet. The trend was confirmed by the France Under-21 squad with players such us Lyon’s Toulalan, Benzema, Berthod and Ben Arfa.