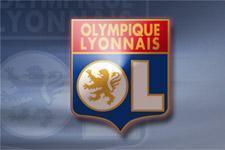 Olympique Lyonnais is very happy to announce that Sidney GOVOU, one of the integral elements of the OL side that has won 11 trophies since 2001 (five French Ligue 1 crowns, five Trophée des Champions and the Coupe de la Ligue), will remain a Lyon player for the coming seasons…
Having considered several overseas offers, the 2006 World Cup finalist has finally decided to remain at OL, the club he joined in 1997.

Having discussed with the coaching staff, the players and the supporters, Olympique Lyonnais has made the decision to enter into negotiations with Sidney and his agent, once the player returns from international duty, regarding the extension of his current contract which expires on June 30, 2008.

Obviously his new status will take into account the number of years he has given loyal service to the club which has seen him become one of the pillars of the first team alongside Grégory COUPET.
Facebook
Tweet
Forum