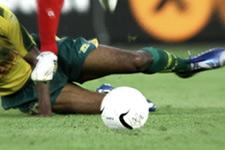 The second day of the Championship this weekend will see two clashes at the top of the table: the unexpected Lorient vs. Bordeaux, and the Nord Lille vs. Lens derby.
The Merlus of Gourcuff were responsible for an upset in their encounter with PSG. Will they be able to pull of a repeat performance at home against the solid Bordeaux? It would make for a great start to the season. Between Monaco and St-Etienne, as in the Nantes Nice game, it’s a question of potential first points gained, with Monaco and Nice being the favourites to do so.

Nancy, playing host to Sedan, will have the opportunity to chalk up a second home win. Alain Perrin’s Sochaliens brought home the three points from St-Etienne. Auxerre had a home encounter with Valenciennes, and played in the Intertoto Cup on Tuesday. And Jean Fernandez returns to Bonal. Interesting...

Valenciennes saw their return to L1 with an away draw. Stade Nungesser will see the next appearance of PSG, after their home defeat by Lorient. It’s a vital fixture for Kombouaré’s team.

In the North, Lille and Lens will fight for local supremacy. With both teams coming out of their first match as winners, it promises to be quite a battle. Lille played and won on Wednesday evening, in their third qualifying match for the Champions League. It’s the clash of the day.

As for Marseille, they’ll be taking the field at the Stade Vélodrome after a draw with Sedan. Rennes have already let three points slip out of their grasp at home. Everything to play for all round then!.