18 players to take on Nantes 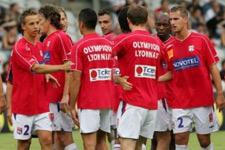 Gérard Houllier was asked by the assorted media whether he appreciated the favourites tag for the coming campaign. "We’re not scared. We in the same situation as Armstrong in the Tour de France after five victories. Nobody wanted him to win. It’s just an extra motivation for our opponents. Our aim is the win a sixth title in a row, a European record. If I had to choose between the league and the Champions League crown, I’d choose the former.”

Concerning more specifically, the match against Nantes, the Olympian boss admitted: “the match could be very different from the game last season. This season both teams seem a little more skilful.” He was also delighted to reveal that compared to this time last season, “the squad is in far better shape.”
Facebook
Tweet
Forum