Caçapa: "We refuse to lose" 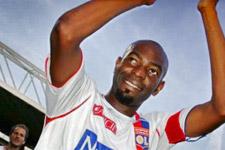 Just two days before the opening match of the season away to Nantes, Claudio Caçapa discusses his aims for the 2006/07 season and talks about the club’s philosophy: Play to win…
Claudio, for the fifth season in a row, the campaign has begun with a trophy…
That’s right, our fifth consecutive Trophée des Champions. I hope we’ll also make a good start to the league against Nantes. If we want to be crowned champions again, we have to make a good start. It will be tough though, just like the league match there last season.

The start to the season will be all the more difficult considering three of the first four games are away from home…
It’s sure that away games are harder than home games. But at the start of the season, that difficulty is even more pronounced. But throughout the season there are going to be tough games and that’s why we need to start well against Nantes.

You still seem to refuse defeat, just like you did all last season...
We don’t like losing. We do refuse it. At home, or away, we play the same way: to win.

What is your goal for the season? The sixth consecutive league crown?
Absolutely. Like the coach and the president said, the sixth title is the priority even if we want to win other things too, like the Coupe de France and the Champions League. But to compete across the board, we need to be good in the league.

Juninho said you have to be humble and not think it will just fall into your lap. Is that your opinion too?
No, you can’t think for a second it will fall into your lap. We know all too well that games are won on the pitch and not off it. I’ve never seen a team win without playing. We know what our responsibilities are. We always enter the field to give the absolute maximum. I hope that this season we have just as much desire, if not more than last season to go out and win this sixth title.

In your opinion, who could stop you being champions?
I don’t know, but what I do know is that we will be playing to be champions at the end. There are several good teams in the league. PSG have a good squad, as do Monaco, Marseille, Bordeaux and Lille. Several teams could cause us problems, but we’re not in the habit of worrying about the others.

[IMG39715#R]The World Cup players will start coming back one by one... when do you think OL will be at full strength?
It’s hard to say. The internationals returned from holidays late. It’s up to everyone to train well. That’s why we’re all on camp for three or four days: to improve, physically and tactically, but also to get everyone together.

Will their absences be a handicap against Nantes?
The players we’ve got showed against PSG that they’re capable and I hope against Nantes that we’ll be even better than against Paris. The team is obviously not as strong without the internationals, but the squad has shown that OL is not just its eleven best players. Our strength is out way we all get along. It’s amazing. This atmopshere in the squad is our number one force. The coach has to make decisions about who starts and who’s a sub, but everyone knows they are important to this club.