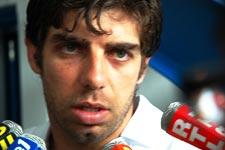 Juninho returned to OL’s Tola Vologe training complex just ahead of Sunday’s Trophée des Champions victory. The Brazilian is looking to the future after the Selecao’s World Cup disappointment, and more titles with Olympique Lyonnais…
Juninho how is it to be back?
Good. The World Cup iso ver and I don’t won’t to talk about it. I back to work with OL who have started well with a win over PSG. I want to please the fans and win some more titles for them. To do that, we have to be humble. Each season it gets that little bit harder, even if people think we’re favourites. You can’t rule out PSG, Lille, Bordeaux, OM, Monaco… The squad has to stay focused, motivated and stay humble which has always been one of our strengths. The World Cup was a great example. The team depends on each individual. Just as every year, we’ll take it one game at a time. On Friday there’s the match against Nantes, then there’s Toulouse...

Is it a tough start to the league?
yes, we’ve got three away games out of four. Everyone remembers the trouble we had against Nantes last season. Luckily that day Greg saved us. The pre-season has gone well for those that were here. But in August there’s also the heat to contend with. This week will be crucial with all the internationals coming back.

The Brazilian national team is finished for you?
I think I’ll probably retire. I’m 31 and I don’t think it will be possible to play in another World Cup. I’ve played in one and that was my aim. My decision is basically made. My goal now? Play as many games as I can with OL. Play well and be consistent and, if we can, keep winning titles, that would be perfect. My dream is to win the Champions League. I’ve still got three years of my contract with OL and I’m really motivated.

A word on OL’s summer signings?
I know Kim, Sébastien and Jérémy very well. OL has signed great players who were all excellent in their previous clubs. At Lyon, they’ll improve even more. I hope to be ready for the Toulouse match. It’s all started already, even if I have the feeling the holidays passed too quick. I won’t complain though, considering the club gave me an extra four or five days…
Facebook
Tweet
Forum