A look at the Royal Charleroi Sporting Club 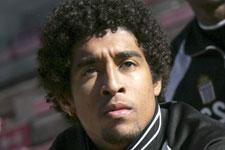 Lyon heads to Belgium this Saturday to take on the Royal Charleroi Sporting Club in a friendly match - a team that finished 11th in the Belgian top flight last season...
The Zebras began their pre-season in June and have already played five warm-up matches: Wins against FC Liège (goals to Dante, Orlando, Thereau), against Valenciennes, against Tubize (Camus, Thereau, Kere), against Lierse (Smolders, Habibou), against Soignies 3-0 and one defeat against Amiens 3-0.

Dante, the former Lille defender signe don this summer, as has the Frenchman Thereau, a former Angers striker, as well as Smolders and Souza… They also count former Nancy goalkeeper Bertrand Laquais within their ranks. Les Blanc et Noir are coached by Jacky Mathyssen. They finished last season in 11th place with 45 points (11 wins, 12 draws and 11 defeats; 39 goals for and 39 against). Sterchele, who has since left the club, was their top scorer in the league with nine goals. Anderlecht were crowned champions with 25 advance of the RCSC.
Facebook
Tweet
Forum