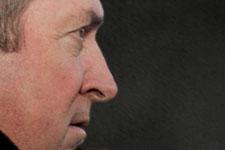 Karim Benzema, suffering from a strained calf-muscle, will not make the trip.

The Lyon coach then added that a good part of the team would play for one hour, before confirming: “The number one objective is the Trophée des Champions on July 30. As a result, the two friendly matches against Charleroi and PAOK Salonika will help fine-tune the squad for that match.”

Pre-season is going “well”: “We’re on schedule. There are currently two groups of players that are really pushing the team on, the new recruits Toulalan, Källström and Squillaci, and the youngsters. There is also a third group of team leaders such as Caçapa, Diarra and Réveillère who represent the old guard.”

Only the painful calf of Karim Benzema has forced the Olympian boss into changing his squad in order to rest the striker: “I prefer that the players continue their physical pre-season training than play matches. Patrick Müller returned to the squad on Monday and has been doing specific training with Robert Duverne since Tuesday.”

The former Liverpool coach also talked about the two “very good” friendly matches to date against Dijon and Grenoble and was delighted to have found his players “serious, focused and even inspired at times. There were good things both defensively and offensively.”

He also appeared confident for the start of the league season: “We’ll be good, but we have to remain humble. Humility and solidarity are essential to success, as well as hard work. We appear to have both. There’s no show-boating or self-satisfaction. They show a lot of respect in the play and towards their opponents.” They are two indispensable qualities, just two weeks from the start of a “defensively astute” championship, but in which there are two clear approaches to the play: “with desire to win and dominate, or with fear of losing.” And he knows which he’d prefer: “I’d honestly prefer to lose 4-1 to Rennes and still go searching for goals. It shows that we always try to attack. It’s almost the clubs reason for living.”

Concerning the club’s demand to have their opening match of the season postponed, the Lyon coach merely described himself as “a man with common sense.”
Facebook
Tweet
Forum