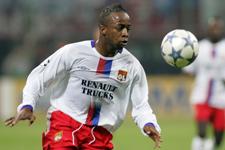 Olympiaque Lyonnais was surprised by L'Equipe's false and unfounded evaluation of Sidney GOVOU on Wednesday morning, claiming an eventual transfer would be in the vicinity of €5million.
The value of an France international such as Sidney GOVOU is obviously much higher. A player of his quality, statute and record commands a transfer fee in the realm of €10m.

Once again, the club regrets the publication of erronous information, unverrified by the club's communications department.
Facebook
Tweet
Forum