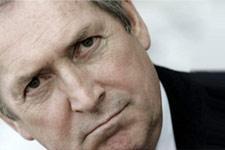 Speaking to OLtv from Tignes on Tuesday, Lyon coach Gérard Houllier confirmed that he has asked the league to postpone the club's opening match of the Ligue 1 season.
Indeed, following the Trophée des Champions on July 30 at the Stade Gerland, OL are scheduled to open the 2006/07 Ligue 1 season on Friday August 4, despite the fact that the club's World Cup stars (including five finalists), Juninho, Cris, Fred, Tiago, Coupet, Govou, Wiltord, Abidal and Malouda, will not return to the club before July 29 and therefore cannot start the season in top shape.
The Lyon coach confirmed that the club has officially requested the postponement of the opening match of the season, away to Nantes, so that the club's international players will be ready.
Facebook
Tweet
Forum