OL start with a win 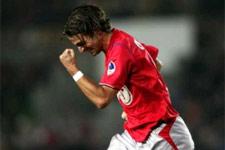 Olympique Lyonnais made the perfect start to the 2006/07 season with a 2-0 friendly victory over FC Dijon in front of 2,000 observers.
The 2-0 win was the perfect start for OL who had to wait until the 65th minute of play to open the scoring against a very impressive Dijon side. Against a well-organised opposition, OL played quality football and took advantage of a moment’s hesitation when Dijon Coach Rudy Garcia changed nine players in the 62nd minute.
3 minutes later and Anthony Mounier slammed home, left-footed, Jérémy Toulalan’s cross (65’). The quintuple champions of France then made the game safe when Jérémy Berthod profited from some great work by Karim Benzema (73’).

With the World Cup players still on duty, Gérard Houllier got a good look at the entire squad with only Joan Hartock and Grégory Bettiol not taking part. Only Mahamadou Diarra and Pierre-Alain Frau played more than one half.