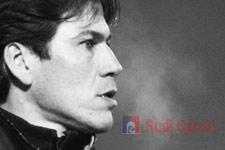 Just a week after returning to pre-season training, Les Lyonnais are pulling on the strip for their first match. A friendly game this Saturday against Ligue 2 outfit Dijon in the Côte d’Or.
Just like last season, Dijon will be Lyon’s first opponents of the new campaign. On July 5, 2005, Lyon, fresh from their Tignes training camp were held to a 1-1 draw after Wiltord had given them a 5th minute lead. Since then the DFCO had another brilliant season in the second division. After finishing fourth in 2005, they backed that up with fifth place lmast season, finishing just six points from promotion. The club president Gnecchi has got a taste for success and wants to see his side in the top flight within the next three years.

In the meantime, coach Rudi Garcia, in charge since 2001, is preparing for the new term. After one week of training and a one-week camp in Chambon-sur-Lignon the side returned home where they lost two friendly games: 2-1 to Clermont and 1-0 against the UNFP. Over the off-season the squad was re-enforced by players who have Ligue 1 experience. The former Saint-Etienne and Sochaux player Fabien Boudarène (28yrs, 144 L1 matches, 4 goals) and Romain Poyet (25yrs, 14 L1 matches), formerly of Auxerre are now with the Blues. Hervé Bugnet, a product of the Bordeaux youth system, who played for Montpellier in Ligue 2 last season, has also just signed on. This attacking player played 9 L1 games for Bordeaux between 2000 and 2002.

As for the departures, the former PSG striker Ibisevic as well as Livramento and Stinat have all moved on… Rudi Garcia, the former Saint-Etienne man, will be banking on the experience of Mangione, Linares (149 L1 matches with OL from 1996 to 2002 and 24 with Troyes in the 2002-2003 campaign), Vosahlo (Coupe de France finalist with Nîmes in 1996), Asuar, Avezac, Grégoire… The latter, who turned 38 in February played for five seasons at Rennes and was coached by Paul Le Guen and played alongside Réveillère and Diatta. Proving that age is no handicap, he was named in the L2 Best XI last season!