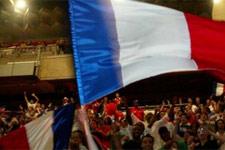 France and Italy will dispute the 18th World Cup final: two countries who haven’t met since the final of Euro 2000 and that incredible extra-time, golden-goal victory thanks to David Trézéguet.
France and Italy have met 32 times in the past. The first encounter was back on May 15, 1910 (Italy win 6-2 in Milan)… the last time was on July 2, 2000 in Rotterdam (France win 2-1). Yet it’s the Italians that traditionally hold the upper hand. France registered just three wins, six draws, and 17 defeats in their first 26 meetings… and not a single victory between August 29, 1920 and February 23, 1982… And on that day, Bernard Lacombe’s France produced a win that changed everything. Since then, Gli Azzurri have never beaten Les Bleus (five defeats and one draw).

There are still some veterans from recent meetings. On June 10, 1997 France and Italy drew 2-2 at the Parc des Princes: Cannavaro and Del Piero were already there, as were Thuram, Viera and Zidane. Zidane and Del Piero (penalty) were even on the score board. In ‘98 for the World Cup quarter-final Cannavaro and Del Piero took on Barthez, Thuram, Henry, Zidane and Trézéguet. While in the European Championships, Cannavaro, Nesta, Del Piero and Totti couldn’t stop Barthez, Thuram, Viera, Trézéguet, Zidane, Henry and Wiltord from stealing the glory.