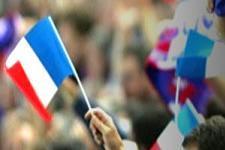 For the second time its history France has qualified for the World Cup final, where they will meet Italy in Berlin’s Olympic Stadium, next Sunday.
For the third match in a row, Raymond Domenech picked the same starting XI. And this time Abidal was up against a famous name in his outer left corridor: Figo. And when it wasn’t Figo it was Cristiano Ronaldo. Abidal and his teammate Malouda didn’t have it easy monitoring the left-side of the French team...

After just 30 seconds, Malouda got the better of Miguel but saw his shot fly across the face of Ricardo’s goal.
Half an hour later, Zidane opened the scoring from the penalty spot after Thierry Henry had been brought down in the area. Les Bleus would copnserve their single-goal advantage until the end, but not without suffering at the hands of a quick and experienced Portugal side.

Wiltord (69’) and Govou (72’) replaced Malouda and Ribéry, respectively as France looked for some >fresh legs to try and get and keep possession of the ball… and defend their goal.
As for
Tiago, he didn’t get onto to the Allianz Arena playing surface.

For the second time its history France has qualified for the World Cup final, where they will meet Italy in Berlin’s Olympic Stadium, next Sunday.
“Recuperation and concentration” for “a very special final” was how Domenech intends spending the next four days…