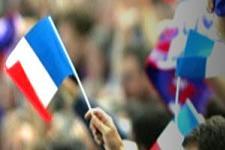 Unbelievable! After a match, perfectly controlled throughout, France qualified for the semi-finals of the 2006 World Cup by beating Brazil 1-0. Les Bleus now take on Portugal this Wednesday at 21:00.
After a slow start, shaded by the Brazilians, Raymond Domenech’s side was able to comfortably contain their opponents before registering an ultimately deserved victory.

Despite a pulsating opening period, the two sides heading to the changing-rooms locled together 0-0. Slowly overwhelmed, the Brazilians finally cracked when a Zinedine Zidane free-kick found Thierry Henry completely unmarked at the back post (57’). Les Bleus then managed to hold onto their slender one goal advantage until the end, without ever really being put in difficulty.

At kick-off there were three Lyon players on the field. For France, Florent Malouda and Eric Abidal once again patrolled the left flank. Florent Malouda worked extremely hard up against Cafu before being replaced by Sylvain Wiltord (82’). Eric Abidal had a great game, first against Kaka and then Cicinho. Introduced after 77 minutes at the expense of Franck Ribéry, Sidney Govou was crucial in providing the first line of defence.
In the Brazilian camp, Juninho started in a role very similar to the one he occupies with OL. He was dangerous from free-kicks without ever being able to hit the target before being replaced by Adriano after France had opened the scoring.

Just as in Euro 2000, France will take on Tiago’s Portugal in the semi-finals, after they went through at the expense of England, 3-1 on penalties after the game ended scoreless. Profiting from the absences of Deco and Costinha, Tiago was back in the Portugal starting line-up. The Lyon player played an attacking midfielder role and was close to opening the scoring from a corner kick before being replaced by Hugo Viana in the 75th minute.

France – Portugal in the semi-finals means there is sure to be at least one Olympique Lyonnais player present in the final on July 9.