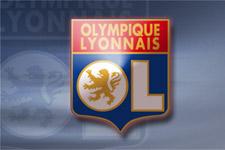 Olympique Lyonnais officially confirms the transfer of Kim Kallström from Rennes. The Sweden international will sign a four-year deal on Saturday.
Having arrived at the Stade Rennais during the winter transfer window of the 2003/04 season, Kim Källström imposed himself in the Brittany side’s midfield playing 83 Ligue 1 matches, scoring 20 goals. During the 2005/06 season he scored 8 goals.

After making his professional debut at just 17, Kallström made his international debut at 18 years of age. Now, at 23, he has earned 33 caps with the Swedish national team, just ahead of this month’s World Cup in Germany.

Kallström’s signature comes after that of Jérémy Toulalan who is one of the key elements in the France Under-21 squad, semi-finalists of the European Under-21 Championships in Portugal this week, and confirms Olympique Lyonnais’ desire to bolster its squad with talented young players that have already amassed a certain experience in Ligue 1.

Kim Källström, who successfully passed his medical in Lyon last week, will be presented to the press on Saturday in the presence of club president Jean-Michel Aulas.