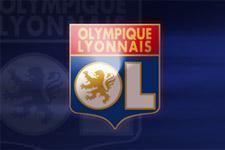 Kim Kallström, Sweden's international left-sided midfielder will be in Lyon on Saturday to undergo a medical examination with a view of signing for OL.
And it's just before the Rennes star jets off to compete in the World Cup in Germany with the Sweden national team.

Jean-Michel Aulas will meet his Rennes opposite number, Emmanuel Cueff, in Paris on Monday to finalise the details of the transfer of the player, who has a clause in his current contract which will allow him to leave the Brittany outfit.