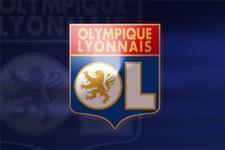 Marino Faccioli, the general manager of Olympique Lyonnais, who conducted negotiations with Pauleta and his agent Georges Gamma was informed on Thursday morning of the Portugal striker's intention to sign a new two-year deal with PSG.

Olympique Lyonnais is happy that PSG were able to meet the financial demands proposed by their star striker and will be happy to see the player at the Stade Gerland on July 29 for the Trophée des Champions which will pit OL against Paris-SG.
Facebook
Tweet
Forum