Clarification on Pauleta and Trézéguet 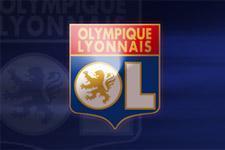 Meanwhile, concerning David Trézéguet, Olympique Lyonnais would like to make the following point: Jean-Michel Aulas never said he had approached the Juventus striker. All the same, the Lyon president has always maintained that all quality players are, potentially, of interest to Olympique Lyonnais.
Facebook
Tweet
Forum