Juninho into the Top-10! 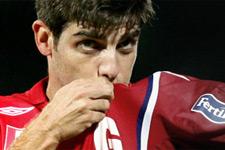 Juninho scored his 50th League goal for Lyon and his 27th free-kick on Saturday. He joins Cavéglia and Kabongo with 65 goals scored in all competitions with OL. And that sees him enter into the Top-10 on Lyon’s all-time scoring chart.
His free-kick against Le Mans may not have been (for once) the match-winner but it is the latest to add to his superb collection. He now counts 27 free-kick goals. He has beaten 23 different goalkeepers for those 27 goals. Cool and Revault were both beaten twice in the same match. Porato has been beaten 3 times in 3 different games. 27 free-kicks for 23 wins and two draws. 18 free-kicks scored at the Stade Gerland and 9 away.

4 with the left foot (Real Sociedad, Metz, Bourg-Peronas and St-Etienne).