The background to Sunday’s derby 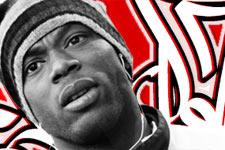 Check out a few curious facts and figures ahead of Sunday’s 40th L1 derby at the Stade Gerland.
Size doesn’t matter

Lyon’s Sylvain Wiltord made his Ligue 1 debut against Saint-Etienne with Rennes (29 July, 1994); Saint-Etienne’s David Hellebuyck took his first steps in Ligue 1 with OL versus Metz (3 April, 1999).

Scores a the Stade Gerland

Mr. Lannoy will be Sunday’s referee. He has refereed Les Verts this season against Nice (1-0 win) and at PSG (2-2). He refereed OL’s 4-0 win at the Stade Gerland against Metz.

The Saint-Etienne coach was in charge of both Wiltord and Feindouno at Bordeaux.
Videos
Facebook
Tweet
Forum
Videos