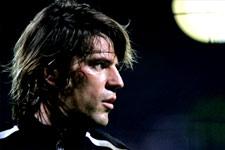 Having already broken the record for the number of consecutive league crowns (5), OL can set several new records between now and the end of the season, most notably the number of points amassed in a single campaign.
No team in the history of the French First Division has ever registered more than 80 points in a single season. In addressing this statistic one has to acknowledge the number of years in which a victory was only worth two points. In giving three points for a win Reims in the 1959-60 season and Nantes in the 1965-66 would both have registered 86 points from 38 matches; the Bordeaux side of 1984-85 would have scored 85 points; Nantes in 1976-77 and 1979-80 with 83 points; just like Monaco in 1960-61. There are nine points left on offer for Lyon to become outright leaders with... 87 points.