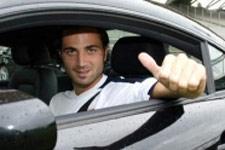 Just 24 hours earlier, Jérémy Berthod was on the field alongside his brother, Alexandre, with the Lyon reserve team as they defeated Montpellier.
And the on Monday 24 April 2006, he celebrates his 22nd birthday. The left-back has endured a tough season, hampered by a repetitive injury to his left hamstring. He began his Ligue 1 career on 13 September 2003 against Auxerre at the Stade Gerland. He has since played 63 league games for the club, scoring once (this season against Strasbourg). Happy Birthday Jérémy.
Facebook
Tweet
Forum