The absence of Juninho 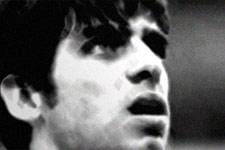 The Brazilian has disputed 36 Champions League matches since joining Lyon, 36 out of a possible 40. His impact on the team’s performances really came into its own in the 2003-04 season. Take a look at the numbers...
2001-2002:
4 matchs disputed; 3 in the starting XI (Fenerbahçe, Bayer Leverkusen and Barcelona) for two wins and a defeat; 1 substitutes appearance (defeat v Bayer Leverkusen and red card). 0 goals and no assists. Two matches without Juninho: one loss to Barcelona and one victory v Fenerbahçe.

2003-2004:
10 matchs disputed; all in the starting XI; five wins, two draws and three defeats. 5 goals including one free-kick and two penalties. Scored the winning goal against Anderlecht, Celtic, Bayern, and Real Sociedad.

2004-2005:
9 matchs disputed; all in the starting XI; five wins, three draws and one defeat. 2 goals including one free-kick and three assists. He did not play in the 5-0 win over Sparta.

Overall: 18 victories, 7 draws and 7 defeats in the starting XI. 2 victories, 1 draw and 1 defeat as a substitute. 3 victories (Fenerbahçe, Rosenborg and Sparta Prague) and one defeat (Barcelona) in his absence. He has scored 11 goals (6 free-kicks, 2 penalties and 3 goals from open play). Each time he has scored, Lyon have won: ten victories from his 11 goals. Since the 2003-2004, he has always started matches. He has been replaced several times at the end of the match, except in the two matches against Porto where he was replaced at half-time and after 60 minutes.
Facebook
Tweet
Forum