A look at AC Milan 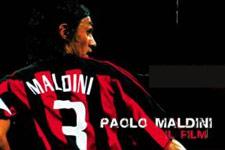 Founded in 1899, AC Milan is one of the most prestigious clubs in the world. Its record is as long as an endless day... Its trophy cabinet was inaugurated two years after its creation with the first of its 17 titles as champion of Italy.
17 national championships; 5 national cups; 6 European Cups; 2 Cup Winners Cups; 5 European Super Cups; 3 Intercontinental Cups. Not to forget the four European Cup finals which they lost, and the four Intercontinental Cup defeats and the final of the Cup Winners Cup in 1974 against Magdebourg. Impressive!

In the 1989 and 90 sides, Costacurta, Maldini and Ancelotti were all players. All three were on the field in 1989 when they won the two European cups and the Intercontinental. In 2003, Ancelotti won the European Cup as coach, with Maldini and Costacurta on the field. “Billy” and Paolo played in all these finals, except that of 2005 and the loss to Liverpool in which Costacurta didn’t play.

AC Milan hasn’t missed a Champions League quarter-final since 2003: twice qualified (Ajax 0-0 Milan, Milan 3-2 Ajax; Milan 2-0 Inter, Inter 0-1 Milan) and one elimination, against Deportivo La Coruna in 2004 (Milan 4-1 Depor, Depor 4-0 Milan). Before then, there last participation at this stage of the competition dates back to 1995.

If no Lyon player has ever lifted the European Cup, the majority of the Lombardy outfit have (with the exception of Vogel, Gilardino, Cafu, and Simic). Stam won it with Manchester United. Seedorf won it with Ajax, Real Madrid and Milan.

Paolo Maldini is the only player from either camp to have played more than 100 European Cup matches (123). For Lyon, Wiltord (Bordeaux, Arsenal and OL) has played 68 matches in the last seven editions in a row. 7 editions of the Champions League in a row, just like Nesta (Lazio and Milan) and Coupet (OL). In terms of goalscorers in the European Cup, Sheva is way out in front (51 goals) ahead of Inzaghi (33), Carew (17) , Wiltord (15), Kaka (11)…

This season, AC Milan finished top of their group with three wins, two draws and a defeat; 12 goals for, 6 against. They eliminated Bayern Munich (1-1, 4-1). "Sheva" 8 goals, Kaka 5 goals... 21 players used; Kaka, Dida, Pirlo and "Sheva" have played in every single match. They are currently second in the Serie A, eight points behind Juventus with 67 points (21 wins, 4 draws and 5 defeats; 70 goals scored and 25 conceded). "Sheva" 19 goals, Gilardino 16, Inzaghi 10... 23 players have been used in the 30 matches including Amoroso and Costacurta who haven’t yet played a single minute in this season’s Champions League. Milan have not lost a single home match in any competition this season.
Facebook
Tweet
Forum