The 16 Lyonnais to take on Toulouse 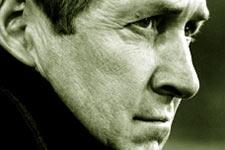 Lyon has named a 16-man squad to take on Toulouse this Saturday. Benzema and Ben Arfa will play in the Gambardella Cup. Monsoreau, Clément, Réveillère and Diatta will join up with the reserve squad while Berthod continues his re-education.
The Squad:
Abidal, Cacapa, Carew, Clerc, Coupet, Cris, Diarra, Fred, Govou, Juninho, Malouda, Müller, Pedretti, Tiago, Vercoutre and Wiltord.

So Gérard, this Saturday?
“There are eight games left: four at home and four away. The goal is four wins and 80 points. Bordeaux will have to win everything if they want to be champions. For the moment they have earned the most points since Christmas. I want to get back in front of them in those standings as well. 80 points is a good total and a big challenge. It all begins with three points against Toulouse before Milan and after Sochaux and Bastia. It’s the chance to get another big boost. It’s not hard to explain to the squad that they mustn’t think about Milan before playing this league match. It’s crucial to stay as long as possible fighting on three fronts. We’ve won eight out of eight before playing in Europe and I hope that continues.”

Do you have an idea of your teams for Toulouse and Milan?
“About 80-90%, yes... Do you imagine that the players I left out against Bastia aren’t going to play on Saturday? I’d like these guys two play successive games against Toulouse and Milan. Juninho is different. But you can suppose he has a good chance of playing on Saturday. As for Anthony, even if he was better as the game against Bastia wore on, he still lacks match fitness and rhythm. It’s good that he’ll be playing with the reserves. So he will have played these two matches which is good and who knows, perhaps things will change for Troyes or the return leg against Milan.”

How is the squad?
“The team wants to win everything. The players want to play in everything. But things change so quickly in football. Nobody thought Clerc would be where he is today... 2 other European teams have experienced what we’re going through: Bayer Leverkusen and AC Milan. The German side finished with nothing, that will not be our situation. I repeat that if you win with 14 players you win trophies as a team. The players have understood that and that’s our first victory. At a given moment, Clerc is as important as Juninho. The players can feel that I have confidence in them and I put the team before anything else. I say everything in front of the team. The squad is intelligent and passionate.”
Facebook
Tweet
Forum