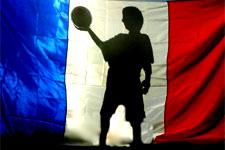 Wednesday and Thursday weren’t great days for French sides in the UEFA Cup round of 16.
Lille, Marseille and Strasbourg were all knocked out of the UEFA Cup on Thursday, failing to make the quarter-finals. OL is therefore, France’s last representative in Europe. It’s the first time that’s happened since Lyon first qualified for the Champions League. Last season, Auxerre was eliminated in the quarter-finals of the UEFA Cup by CSKA Moscow. In 2004, Monaco and OM were in the finals of the Champions League and the UEFA Cup respectively.

In the quarter-finals of Europe, there are three Italian sides, three Spanish sides, two English sides, two Romanian sides, one German, one Swiss, one Russian, one Bulgarian, one Portuguese and one French.
Facebook
Tweet
Forum