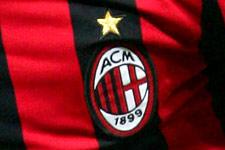 This Sunday, 19 March, at 15:00, AC Milan travels to Udine for Week 30 of the Serie A. Udinese are currently 15th in the league with 28 points.
After a stunning 2004/05 season in which they finsihed fourth, the team coached by Nestor Sensini is struggling and are a mere two points ahead of Empoli in the relegation zone.
If the season started well enough with a third place finish in Group C of the Champions League behind Barcelona and Werder Bremen and some bright domestic form, the sky has suddenly fallen in around Udinese.

On Sunday, Milan can also benefit from the Bianconeri’s round of 16 UEFA Cup return leg against Levski Sofia.
At the Stadio Friuli, Carlo Ancellotti’s side will be trying to conserve their second place in the table, which will mean direct qualification to next season’s Champions League. They will be also looking for their 20th league win if the season and hope at the same time that cross-town rivals Inter slip up at the San Siro to Lazio.

Milan haven’t lost in the league since 15 January, or ten games and have gone 439 minutes without conceding a goal. Away from homer in the league, the Rossoneri have registered 11 wins, three draws and five defeats.
Facebook
Tweet
Forum