Bergues: "A good week for the coaches" 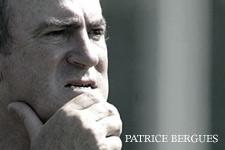 After taking training on Wednesday morning, Patrice Bergues discussed the full week of training reserved for the Olympians, as well as reminding each and every player, just three days before the trip to Sochaux, the importance of the weekend’s match…
Patrice, a whole week dedicated solely to training is pretty rare isn’t it?
Yes, it is quite rare, but it’s good to have a little extra time to work. Also, we split the squad into two today so that we could work on some specific little things. So yes, it is indeed a good week for the coaching staff.

What do you work on in particular during these weeks without any other commitments?
We’re going to concentrate specifically on the roles of the forwards and defenders, like we did this morning, focusing on circulating the ball. We have more time to almost work on an individual level whereas normally the work is of a collective nature.

You worked in two groups this morning, how are you preparing for Saturday’s game?
We’re already preparing for the game. This afternoon’s game against Monaco will be the big weekly session for those that take part. For the others, they trained yesterday and this morning with exercises based on physical and speed work.

On Saturday, OL travel to Sochaux, but everyone’s been talking about AC Milan recently. Has that been a little distracting?
No. We know that the important game for the moment is the one against Sochaux. We do, however, have to keep reminding everyone because all the press and our firneds are talking about is the Champions League quarter-final against Milan.
We also want to go all the way in the Coupe de France (French Cup) and so we mustn’t forget about Bastia who will be the next team to visit the Stade Gerland.
We won’t start talking about Milan until after the league match against Toulouse.

Would you say that reminding the team of the importance of the league has become a daily task?
Yes. We have an obligation to tell the players what the goals and objectives are. During these times, it’s important that the players concentrate on the next match and not start looking at those further down the line. In this respect, it is sometimes necessary to remind them.
Facebook
Tweet
Forum