OL at home and away 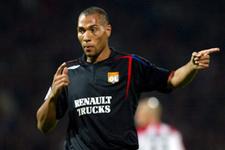 After the international interlude in midweek, the players are back in league action this weekend. OL travels on Saturday to Ajaccio having recorded a second home defeat of the season at the hands of Rennes. Take a look at the record, home and away...
The teammates of Grégory Coupet have played 38 official matches so far this season. At home they have played 14 home games in the league for nine wins, three draws and two defeats, scoring 21 goals and conceding 15. To that must be added the three home clashes in the Champions League for three wins, scoring seven and conceding just two. Overall, 17 matches; 12 victories, three draws and two losses; 28 goals scored, 17 conceded.

Away, in the league, the Olympians have registered eight wins and five draws, scoring 23 goals and conceding six. On Champions League travels they have three wins and a draw; seven goals scored and two conceded. In the Coupe de France, two wins for six goals scored and one against. In the Coupe de la Ligue, one 1-1 draw. And in the Trophée des Champions a 4-1 victory. For a grand total of 21 matches; 14 victories and seven draws; 41 goals for and 11 against.

On the road, Les Lyonnais have never conceded more than one goal (10 clean-sheets, 11 times they’ve conceded a single goal). On just one occasion they have failed to score (St-Etienne). At home Coupet has six clean-sheets; In eight matches the opposition has scored... twice for Ajaccio… three times for Lille … and four for Rennes. Lyon have failed to score just once (Bordeaux).

In terms of the goalscorers, Carew has been more prolific away from the Stade Gerland with nine of his 12 goals. The same goes for Wiltord with eight of his ten scored away. For Juninho, he’s scored five at home and five away. Fred seems happier at home having scored six of his eight at the Stade Gerland.

Putting the losses on penalties to Eindhoven last season and to Nantes in the Coupe de la Ligue this season, Les Lyonnais are unbeaten away since their league defeat at Caen (1-0) on... 4 March 2005.
Facebook
Tweet
Forum