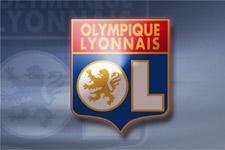 OLYMPIQUE LYONNAIS denied these lies and offers a precise update of the current situation concerning,

ROSENBORG
After several demands on the part of Olympique Lyonnais, ROSENBORG sent an invoice, dated 2 December for the amount owed to them, in other words €70,000.
OLYMPIQUE LYONNAIS transfered to Rosenborg, on 29 December the sum of €42,000, corresponding to the first payment in accordance with the rules.

The remaining money will be sent in future payments in accordance with the rules.

LORENSKOG
Olympique Lyonnais has not received the invoice necessary to start the payment process.

Just as in the case of Valerenga, Lyon can proceed with the payments once that invoice has been received.

OLYMPIQUE LYONNAIS would also state that the club began the payments due to VALENCIA, the final club involved in the transfer deal, as soon as it had received the invoice from the Spanish club and in the same conditions as for ROSENBORG.
Facebook
Tweet
Forum