PSV close in on title 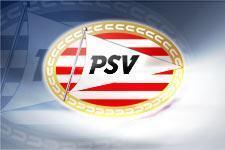 Following Tuesday’s defeat to OL, Guus Hiddink’s side knew that their season depended on the result of their game against AZ Alkmaar.
Before a new confrontation in the semi-final of the Dutch Cup, PSV had a big date with a direct rival for the domestic crown.
Thanks to their 2-1 win they now enjoy an 11-point lead over AZ Alkmaar and seven over Feyenoord Rotterdam ; who could only draw against Groningen, 1-1.
Thanks to a blistering start, PSV made the break in the table with the three points won from their Round 26 trip to Alkmaarderhout.

As early as the third minute, Vennegoor of Hesselink profited from a well-struck Culina corner to open the scoring with an unstoppable header. Just three minutes later the Ivorian Koné doubled the lead with a left-foot strike after great work from Jefferson Farfan. Despite Schaars reducing the deficit in the 61st minute, Gomes and co. were never headed and registered their 21st win in 26 games.
With one hand on the league title, they can harbour hopes of a domestic double with their participation in the Dutch Cup.