PSV to take on AZ Alkmaar 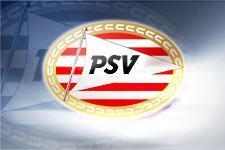 Once the disappointment of defeat had worn off, the PSV players returned to the training ground to prepare for Round 26 of the Eredivisie, against AZ Alkmaar, third in the standings, eight points from Philip Cocu and co.
Just as at Tola Vologe, training was punctuated by the international call ups. Of the happy calls, Brazilian ‘keeper Gomes will join Cris, Juninho and Fred in Moscow on March 1.
On Sunday, February 26, at 12:30, at Alkmaarderhout, the Dutch champions take on the ever-improving AZ. Semi-finalists in last year’s UEFA Cup, the team coached by Louis Van Gaal has become a familiar face at the top of the Dutch league.

Despite a 3-0 win on the first meeting, Guss Hiddink’s men will have to be careful of this perilous trip.
The Dutch coach has decided to take a group of 19 players. André Ooijer will be missing for several weeks after breaking a toe. Archie Thompson, back from international duty with Australia is in the squad.
Facebook
Tweet
Forum