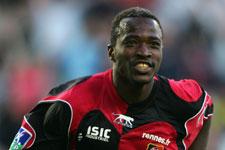 This will be the 33rd confrontation between Lyon and Rennes at the Stade Gerland when the two clash in Round 28 of the Ligue 1.
The record: 19 victories for Lyon, ten draws and four Rennes wins.
Rennes haven’t beaten Lyon at the Stade Gerland since the 1998/99 season. That year they won 2-1 thanks to goals from Bardon and Nonda. Christophe Cocard had reduced the deficit in the 90th minute.

A draw in 2000/01 and then four consecutive wins: 13 goals scored and just four conceded by OL.

Just one arrival or rather, a return. That of Olivier Sorlin who left Monaco.

In the Coupe de France, Rennes is still in the hunt, just like Lyon. In the round of 64 they eliminated Corte. In the last 32 they knocked out Lens, 1-0 and in the the rd of 16 they will take on minnows Colmar (CFA2). In the Coupe de la Ligue , the Bretons were kicked out in the last 32 by Montpellier, 1-0...

11 victories, two draws and 14 defeats, including a 6-0 hiding at the hands of Nancy in Round 5. That defeat at Nancy brings up Rennes away record: 14 matches played; four wins, one draw and nine defeats; 21 goals conceded and just seven scored.

The goalscorers:
John Utaka is the club’s leading scorer with six goals. The Nigerian, just back from the CAN, scored a hat-trick against Lens last weekend. He leads Alexander Frei (5 goals). The Swiss international is sidelined with a pubalgia. He should be back in action at the end of the season.

The passers:
Olivier Monterrubio is the most used player by coach Laszlo Bölöni. Since the start of the season he has played 1916 minutes. Monterrubio is also leading the assists charts, level with Auxerre’s Kahlenberg with seven.