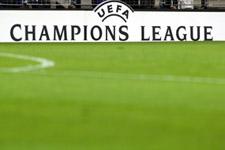 Training began with a video session before hitting the windy Tola Vologe pitches. Ben Arfa, Clément and Berthod were on the road with the reserves at Sochaux while Anthony Réveillère limited himself to jogging.

Gérard, a word on your squad?
“We’ve chosen a 20-man squad. Diatta is bette rand has been able to train. Clément, Ben Arfa and Berthod needed to play this Sunday. Abidal? I’m satisfied by his performance against Nantes. We saw what he can add to the team. Physically, I’m not worried about him. He’ll play on Tuesday. The only problems he could have are in the recuperation and his concentration at critical moments in defence. But as we’ve already seen, he’s capable of covering a mistake.”

Speak to us about PSV Eindhoven?
“They are a very powerful team and very impressive in attack. They often play with centre forwards (Venegoor, Farfan and Koné). We’ve seen all of their games since the end of December. In a two-legged tie the first leg is so important and especially when you’re hosting the return leg.”

The Champions League really is a different world?
Yes. Experience is primordial in this competition. Even the slightest mistake translates into a goal against you. It demands more attention, focus and vigilance, the whole time. It amplifies the individual qualities but also the team’s qualities. And at one moment or another it can push that player or team beyond their normal capacities. We’ve got players like Juninho, Govou, Coupet, Diarra… they are made for this competition, they have become stars of the Champions League. OL as a team has also become a regular face at these big European nights. I say it again: Experience is crucial at this level.”

So the team is ready?
“Don’t forget that we set off with three goals and we aim to go as far as we can in eaxh of them. Then, in football, we prepare for victory, but we can’t program it like that. . When D-Day comes around, you’ve got to have things go your way. The best players have to be in form, the team has to take the individuals to another level and finally, there’s always a bit of luck. When there are 16 teams left in the race, then each one has a chance of winning it. You have to believe in you lucky star, you can’t feel inferior to one team or another. We have to approach matches with confidence and the desire to win. As for a feeling of revenge... that’s for the school playground.”

Guus Hiddink?
“I’ve known him for ten years now. It was at the European championships and I was working for UEFA and he was coach of the Netherlands.”

The international ‘keeper was satisfied with the win over Nantes. “It was important to get a win, especially before going to face PSV. Those three points were the best way to prepare.” So this rematch...? “We really want to play this match. We can feel that there are big expectations surrounding us now. The group stage did go remarkably well, but that’s behind us now.” Revenge? Yes, but only against ourselves. The frustration was hard to take. This time we want to go one step further. PSV? They are a very solid team, they can upset their opposition and have great movement. There are some very good players and good leaders in their squad. We’ll just have to take our chances when they present themselves.”

Greg concluded by stressing the importance of Tuesday’s first leg. “Ideally we won’t lose, knowing that we’re playing at home in the return. We have to avoid being overly adventurous and keep our shape defensively. It’s out of the question to mess up Tuesday night. ”
Facebook
Tweet
Forum