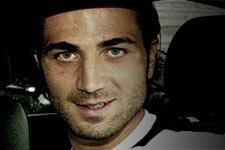 Jérémy Berthod is a member of OL’s family of injured defenders. He injured his hamstring against Nice on November 27, 2005 and was back in the group at the start of year for the match against Strasbourg. However, the thigh again gave way again…
It was the visit of Auxerre, January 22, when Berthod had to leave the field in the 72nd minute of play. He followed they now well-worn path: MRI scans, rest before working with a personally tailored physical program, then the return of the ball and then back on the field. Jérémy, how are you? “I’m on the comeback trail, working with Robert Duverne. I’m working on my physical condition twice a day. It’s behind the scenes work, but it will help me play all the matches right through to the end of the season, with the aim of not getting injured again. These injuries are just bad luck. Perhaps I’ll be a little worried coming back, but that will quickly disappear.”

With two sessions a day, the left-back admits: “Each time you have to come into work. I’m exhausted. Now, I’m going to go and eat, then sleep for two hours before coming back again this afternoon.” How do you get through it? “When you’re injured you try not to think about it too much. But I’m actually coming to Tola Vologe more often now than I normally would. I’m right up to date with everything, I watch all the games. And even if I’d love to play, I’ve got plenty of confidence in the lads that are playing. With the staff, we’ve set myself the goal of playing against Nantes. I’ll be back with rest of the squad, and the ball next week. Against Bordeaux, it was tough. I’ve rarely seen an opposition team leave the field without having a single goal scoring opportunity! We played well and I think we can be justifiably upset with the result.

Have you seen any of the CAN? “A little. I thought Cameroon and Nigeria would be in the final. I like the way Egypt play, even if there are some surprising refereeing decisions.” Just a few days before the match with PSV Eindhoven, are Les Lyonnais ready for this match? “We’re not thinking about that trip yet. Nobody’s even mentioned it. The priority is above all, Lens, where we need to get the win after two home draws, then there’s Nantes and then we’ll think about the last 16 of the Champions League in the Netherlands. It’s a long way off. The league race isn’t over yet, there are still 42 points to win. We know what we want and we want to get it.”

Jérémy then had a look at week 26, as our guest tipster.

Lens – OL: OL
Auxerre – Metz: Auxerre, at home and after losing at Ajaccio. This is a really tough team to play against. You always have the impression that you’ve scored a lot of goals, and then when it’s over it’s a draw.
Bordeaux – Rennes: 1-0 for Bordeaux… in the 88th minute…
Le Mans – Nice: I reckon Le Mans. I think Nice will be concentrating on the Coupe de la Ligue.
Monaco – Troyes: This Monaco team is bizarre, surprising. And they say a team is the sum of its parts! I think they’ll beat Troyes.
Nancy – ASSE: Nancy, of course.
Nantes – Sochaux: I’ll go for an upset and say Sochaux.
Strasbourg – Ajaccio: This is a real dog fight. Draw. Even if I don’t like draws in the league. A match of football should always end in a win or a loss, like basketball.
OM – Toulouse: Toulouse with a goal to Bergougnoux. Toulouse are on the road without any pressure, that’s what Bryan told me on the phone. Bryan, is really a good mate.
Lille – PSG: The Parisians should play in midweek. Lille will win. In the big games, Lille are always up for it. LOSC are a really tough team to play against. There are no stars in their team, it’s the collective that proves the difference. I like them.

Jérémy admitted that he thought Lens could have been a danger before January. It’s a team that had some serious arguments, but they’ve dropped their heads since the break. Bollaert?It’s the ground where I’ve played most as a pro. It’s a ground that breathes football, it’s really nice to play there.”
Facebook
Tweet
Forum