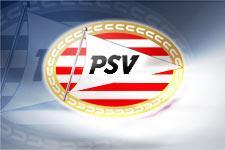 After a midweek success against Groningen (3-2) in the Gatorade Cup (Dutch Cup), PSV Eindhoven return to league action on Saturday, February 4 at 19:30. They host Roda JC to Phillips Stadion in Week 22 of the Eredivisie (Dutch first divsion).
Just because Roda are a modest 11th in the standings, 25 points from Guus Hiddink's side, PSV still need to be wary of the team they haven't beaten at home in four years. The Yellow and Blacks have indeed claimed all three points in their last two visits (2-1 in 2003-04 and 2-0 in 2004-05).
PSV will again be counting on their two in-form goal-getters, Jefferson Farfan and ... Phillip Cocu. The authors of six of the club's last seven goals (three each), they will be joined by Vennegoor of Hesselink who makes his return after two weeks out.
Facebook
Tweet
Forum