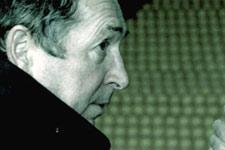 Lyon had a light training session on the synthetic pitch as Tola Vologe was again gripped by the cold. Then, in the warmth of the press room, Gérard Houllier fielded questions from the media.
Gérard, a word on the various injuries within the squad?
“Carew ran and did some exercises, but he’s not ready to kick the ball yet. We’ll see how he is on Saturday. Réveillère is obviously out for Sunday and because it’s a recurring injury I’m ready for the worst. Diarra will be back in the squad which I’ll name on Saturday after training. Whether Fred will play or not will not be at all related to what happens with Carew. He’s getting better and better, he’s capable of scoring at any moment and there hasn’t been a match where he hasn’t had that opportunity. The players were tired after the match against Ajaccio, but today they are going better, they’ve recovered well. When I see that Anthony is injured again, it makes me regret not making more of the transfer window. It’s not questioning the quality of the players that will play, just their number.”

Bordeaux?
“The most important match of 2006 was the one against Strasbourg. My goal is to reach the end of February with a good lead in the standings. This type of match against Bordeaux excites me. The declarations of Bedouet in France Football annoyed me a little bit. There’s no need to exaggerate! If we win, there a re still of lot of points we need to win. If we get another 26 points we’ll be champions. 26 points from 15 games, that’s the basic aim. Against Bordeaux, we mustn’t let them breathe, but dominating possession doesn’t necessarily mean victory. The game between Bordeaux and Lens is proof of that, with 60% possession for the northerners. At the same time, let them have the ball is not really our style. We have to play in their half of the field. I don’t know if the match will be a clash of styles. We’ll have to play it like a Cup match: with a great team spirit and the desire to silence those criticisms from the first match against them this season. I admire the work that Ricardo has done, building a good team in very little time. This is a game for the big players and it will be the side with the best 14 players that wins, just as it has been often this season, I’m sure.”

How good is your team?
“My squad is good tactically, physically and had great morale. They can play good football anywhere and they can score at any moment in a match. The fact that we didn’t play against Monaco upset our rhythm in the first half against Ajaccio. Müller? I was very happy with his performance against Ajaccio. By the end he was very tired, but thanks to his great sense of anticipation, he wasn’t caught out. Finally, the supporters will play a very important roll on Sunday night.”
Facebook
Tweet
Forum