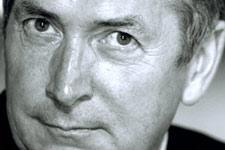 Training took place on the synthetic pitch, with Robert Duverne’s physical workout and foot-tennis for some - all in the snow. Gérard Houllier then spoke to the media, without announcing his 18-man squad.
Gérard, first of all, how do you feel about the weather?
“Well, I want to say that the club could improve by building a real training complex. We don’t always have the best cinditions to train in, today for example, the pitches are frozen. Luckily we were able to train hard at the start of the week. The President is aware of all this and what I’m saying is not an attack on the club, nor an excuse, just a fact. I hope there won’t be any snow at Monaco and I know their pitch will be new.”

This trip?
“I read that Lyon often has difficulties at Monaco. That will galvanise my players. We’re ambitious, we’re going there to get te win and win back the points we lost against Auxerre, while knowing what to expct. The Monaco transfers? All I can say is that they have reinforced their attack with Di Vaio and Vieri. Monaco on Sunday and Bordeaux in a week? We’re playing for the title with these two games. For us to win would also be the best way to prepare for the Champions League.”

A word on the squad?
“I’ll announce the final squad after training on Saturday afternoon. But with the absences of Diatta, Berthod, Abidal, Cacapa and Diarra, it’s not too hard to work it out. Juninho will be the captain. I’m very proud for him and what he has achived at Lyon. Patrick Müller will be in the squad. Réveillère, as well, he’s getting better and better. Tiago will replace Diarra. The absence of Diarra and in the defence means we’ll keep the same playing system. By replacing Diarra with Tiago I’ve chosen to maitain the same way of constructing the play.”

As well as his comments on the Monaco match, Gérard Houllier also spoke on a variety of subjects.

Patrick Müller?
“I repeat, he was my priority signing and I thank the club for their efforts. Is that the end of the transfers ? Today… yes. Now it will be a question of opportunity. I don’t want to upset the team spirit at any cost. Team spirit? That’s our gold mine. To come back to the defence, I can state that there are no injuries in the other sectors and I can still rotate my players. The injury to Eric Abidal prevented me from turning over the defence. Clerc? It’s been a real surprise to see him at this level, and what’s more, he has a great approach.”

Auxerre?
“That’s football. Just as we would have been happy with a draw against Marseille, I think we probably deserved to beat Auxerre. It was a good match. Watching that team play, it’s easy to understand how they’re third in the league. What upset me was the way we conceded the goal, losing the ball in the danger zone, exactly where I demand my players not to take any risks. If you look at the number of goals scored when a team loses possession in that zone, then you’ll understand why I’m so demanding.”

Carew, Fred and Benzema?
“John came back from the break a little under the weather, and that took the edge of his game. He’s getting better and better and of course we expect more from such a player, but it’s just a physical problem. I’ll say that up until the break he was often involved in our goals in ine way or another. John can still take another step up in his game, but the state of the pitches don’t help him at the moment. Fred is adapting more and more to the French game. He’s very efficient, but the two are very different players. How to choose? I take into acount their form and the opponent. Benzema? His improvement is a very good thing. He can play in the middle, behind the front man or on the wing. Given his age, I think he’s most comfortable on the flank. He can try things without worrying about the result. I’m relying on him, just as I am on Hatem Ben Arfa. For now, the young players just have to prove they have patience.”
Facebook
Tweet
Forum