Berthod out for 2-3 weeks 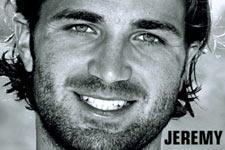 The injuries just keep coming in the Lyon defence. After the injuries to Eric Abidal, Anthony Réveillère and Claudio Caçapa, it’s the turn of Jérémy Berthod to join the absentees list.
The MRI scan revealed a strained left thigh muscle which will keep the defender sidelined for between two and three weeks. This season, the left-back has already spent 6 weeks out of action for an injury suffered against Nice on November 26, 2005.
Gérard Houllier now counts a mere four defenders in his squad for the trip to the Stade Louis II on Sunday, January 29: François Clerc, Cris, Sylvain Monsoreau and Anthony Réveillère. The latter will be making his return to action after several weeks out.
Facebook
Tweet
Forum