Claudio Caçapa: "I’ll be a supporter all the same" 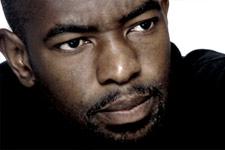 On Thursday January 19, at he end of training a silence descends upon Tola Vologe. All the players mill around Claudio Caçapa writhing in agony on the ground. The Lyon captain gets up, with difficulty and heads for the changing-rooms, his hand holding his left hastring.
Since the 2003-04 season, each one of his grimaces sends Olympian supporters worrying. A cursed luck which seems to hound this Lavras native.
From August 30, 2003 against Guingamp he began an incredible run of matche missed due to injury. Despite always coming back, he missed 32 matches during the 2003-04 season and only played 15. On November 9, 2003 the new Lyon captain was already deploring his body’s proneness to injury: “I’m starting to get use to injuries like this but I hope there won’t be others like it to follow (OLWEB.fr) …”
The following season did not pamper to his wishes. On October 30, 2004, he was the victim of a terrible challenge from Strasbourg’s Keita. After a brief attempt to comeback against Monaco on February 18, 2005, he would’nt reclaim the captain’s armband until April. The record for this new shortened season: 26 games played, 27 missed.
Therefore, since the 2003-04 season, the Lyon captain has missed 58 games due to injury and has only played 78. Unfortunately, the injury he sustained on Thursday will only o further to levelling these two figures. Yet despite the bad luck that seems to follow him, Caudio is staying positive:
Unfortunately I’ve pulled the muscle behind my left thigh, but it’s an injury that coul happen to anyone. You just have to accept it, but it has come at a bad time because I was feeling really good. I’ll be doing everything I can to be ready as soon as possible. The doctors have confirmed that I’ll be out of action for 6-7 weeks, but I hope to be back before then. At any rate, I’ll be doing everything I can, physio morning and night and I’ll be a suporter all the same. I hope that everything continues to go well for the team, during my absence, because there are only big matches coming up in the league and also the Champions League.
I’m going to miss not playing against PSV. That match between us and the Dutch last year is still fresh in everybody’s mind an dit’s not a good memory. At the time, we’d had a great game in Eindhoven and thought we’d be in the semi-finals, but the referee didn’t blow for that penalty on Nilmar. This time we can’t harbour any regrets, and we have to prepare well because I’m convinced we have what it takes to take them down this time.”
Regarding who will take over his captain’s duties, Claudio doesn’t know ho it will be: “The coach will make the final decision, but normally it will go to Sidney because last year he was the vice-captain. But who knows? The coach could well spring a little surprise.”
Facebook
Tweet
Forum