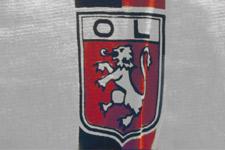 It will be the 18th match between Nancy and Lyon at the Stade Marcel-Picot. The first clash between the two sides dates back to the 1970-71 season, in a game that ended in a draw. The record of the 17 games to date: 9 victories for Nancy, 6 draws and 2 wins for OL.
History:

The origins of Nancy’s current professional club date back to 1910 with the founding of U.S. Frontière. But the U.S.F. change dits name in 1928 to the Association Sportive Lorraine. In spring 1964, Claude Cuny revived top-flight football in Nancy by taking over the reigns of the ASL. In January 1967 the AS Nancy-Lorraine officially came into existence.
The club’s record : Winner of the Coupe de France (French Cup) in 1978. Division 2 champions in 1975, 1990, 1998 and 2005. During the 1974-75 season Nancy also gave a professional football debut to a certain Michel PLATINI. In the club colours, Platini played 182 times, scoring 98 goals, including 25 in the 1975-76 campaign.

Departures: L. Dufresne (Valenciennes); B. Fayolle (Amiens) ; P. Moreau (Châteauroux)...
Arrivals: Adailton’s season is over after breaking his shin and damaging his ankle. If everything goes well, the Brazilian defender should be back in action by September 2006, in other words, after eight months out of the game; André Luiz (Atletico Mineiro); A.K. Keita Heracles Salonika); S. Puygrenier (Rennes); A. Sarkisian (River Plate Montevidéo)…
Facebook
Tweet
Forum