Gérard Houllier: "The Cup, an objective this year” 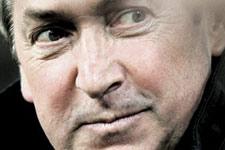 Without revealing his squad for the match against GF38 (he will announce that after Saturday’s final training session), Gérard Houllier fronted up to the media and he was very clear regarding the importance of this competition for the Olympian club.
“One of this season’s goals is the Coupe de France. There are 6 matches to win. We are well aware of the importance of this match against Grenoble: particularly important given that the competition is based on direct elimination and it’s a long time since the club last won this competition. That has to change, even though both sides have a chance in this type of game. It’s a match that will require the same effort and determination as a regular league game. We will not be taking it lightly.”

Does the coach have a particular message?”Obviously each message is different. The players want to win, they want to do things differently than in the past in this competition. They will be hungry. The Cup is above all a players competition: they reach such highs, and what’s more, it’s a good dress rehearsal for the Champions League.There’s not a single player in this team who doesn’t want to play Grenoble, including the coach. It’s just an extra motivation. I can tell you that in England it’s the one everyone wants. Michael Owen told me it was his childhood dream. This match against Grenoble will be a tight affair and it will be a real Cup tie. At Lyon? I think while Lyon was being built, the goals were more long-term, perhaps that explains the preceding campaigns.”

On the eve of the match, Gérard admitted he was having a ball at OL. “I’m honestly having so much fun. I’m delighted mostly by the mental development of the group. We are winning because there are no problems between the players, no personal gripes. Against Grenoble? We’ll give it everything. We’ve been preparing since the draw and we’ll have the necessary elements in place. For Grenoblem it’s a party, for us, it’s a battle. We don’t have any choice. I’ve prepared for a good result, even if I can’t guarentee victory. There will be no question of taking it easy...”

In the group announced on Saturday, Florent Malouda will be included. Grégory Coupet will be goalkeeper for the match.
Facebook
Tweet
Forum