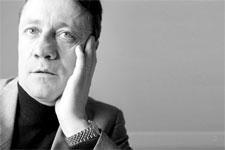 "Lille? The memory I have always had of Lille, and it's the same today, is of a well-organised team that never gives up. It's a team that represents, symbolises the people from the North of France. Apart from that, I clearly remember a match against Lille with OL. The morning of the match we heard that Serge Chiesa had refused to play for Frqnce and had been suspended for two matches and heqvily fined. In the stands of the Stade Henri Jooris, a spectator had drawn a huge banner of Serge in pyjamas, knitting with a cat sitting in his lap. It zqs referring to what he said about preferring to stay at home. Serge was really up for the match... just before half time he got the ball on the left, beat one, tzo Lille players and passed to me. I gave it back and Serge was one-on-one with Bergeroo. He sold a dummy and Bergeroo bought it and Serge scored after almost running the ball into their goal. He walked all the back to the centre under the whistles of the crowd and the referee asked him: 'You could at least jog back..." In the second half he scored another from a free-kick."

Other memories? "Yes, unfortunately. We played Lille on March 20, 1976 and we won 3-0. During the night my sister Michele was killed in a car crash. Aime Jacquet, who was our coach at the time couldn't tell me during training the next day and just told me during the warm down that I was needed at home."
Facebook
Tweet
Forum